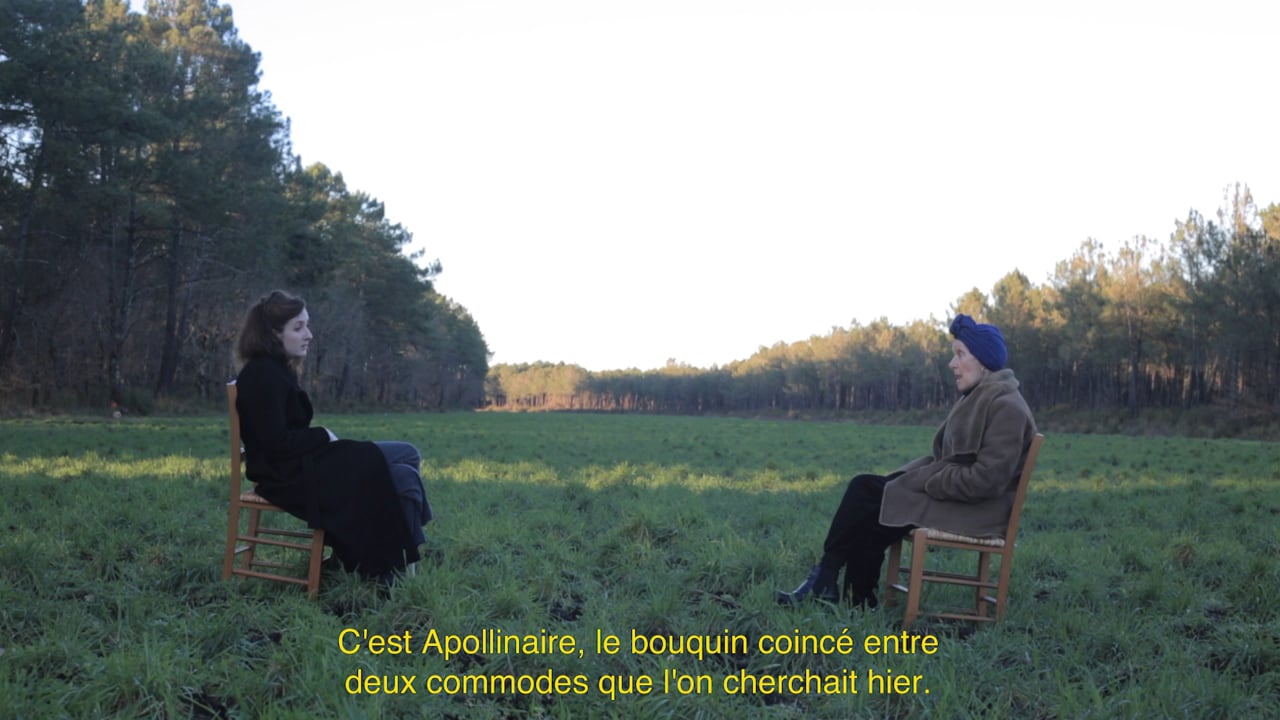 Comments/Context: The French artist Charlotte Mano has been photographing her mother for roughly the past three years. For Mano, the project was a way to process the news about her mother’s incurable illness, an inoperable lung cancer. Photography offers her a tool to control her emotions, and the series helped the two women to share their fears, connections, and love. Mano says that she “felt the need to preserve her, to save our imprints together, of our relationship.” The series received the Prix HSBC pour la Photographie earlier this year (an annual award given to two emerging photographers), and has recently been published as a photobook by the French publisher Éditions Xavier Barral.

Titled Thank you mum, the book has a mustard yellow cloth cover, with the artist’s name and title placed on the front in all caps in black. It stands out as a carefully crafted object, with superb printing and elegant design; it also easily lays flat, ensuring an even more enjoyable experience. The photographs, both in color and black and white, range in both size and placement on the pages, creating a moving visual narrative. An essay by Fannie Escoulen sets the atmosphere for the series – “she develops the wackiest scenarios and mocks what life commands her to endure. Every moment spent together is a movement of freedom.”

The book opens with an abstract drawing by a child: the stamped date at the top “21 September 1992” and a handwritten word “mamam” at the bottom signal that this is a drawing by Mano, a touching memory from the time when Mano was about two years old. It serves as a fitting introduction to the book, reminding us of the nature of their relationship. Given the circumstances, the project evolved naturally, without any preliminary discussions, as both of them “knew about the urgency and the importance of sharing.”

Mano and her mother engage in an ongoing ritual of capturing and staging moments of their lives. The result of pain and anxiety, the photographs don’t follow any linear narrative, as time becomes irrelevant and emotions take center stage. The narrative unfolds in an intimate, poetic, and imaginative way, and the use of light and a muted color palette set an enchanting mood.

Most of the photographs were taken in the French countryside, and both women often appear nude, at ease with nature. Paired legs and faces, old and young, introduce us to the two women, followed by images that reinforce the connection with nature – a bouquet of wild flowers; a small bird comfortably resting on the mother’s naked chest, as she seems to protect it with her palm; a nude photo of Mano lying in a meadow, as her white body resonates with the white flowers around her. There is a sense of fragility, but also comfort and protection.

A number of photographs show the mother’s chest marked by bruises and crosses, remnants of the ongoing cancer treatment, and several of the facial portraits exude weariness. In one photograph, Mano’s mother poses nude in the meadow with chemotherapy tubes wrapped around her body – moving and direct, the image is perhaps the most striking reference in the book to the invisible illness. The next photograph is an echo of a classical pieta with the parent/child roles reversed – Mano’s mother is in a white tunic leaning on Mano, while she is gently holding her body and her head, both in the water. Another ritual-like image captures the mother laying on a table outside, her corpse-like body covered with flowers. It is as if through these staged moments, Mano hopes for a miracle.

In the very last photograph, Mano looks right into the camera holding her mother’s head close to her chest, as they stand on a trail in a fairy tale forest. This photograph brings together many of the emotions depicted throughout the book – fear and despair, but also tenderness, gratefulness, and love. Mano says that the title of the book, Thank you mum, is a modest way of showing how grateful she is for all that her mother has given her.